You are here: Home / Restoring the Haven / The Long Road to Restoration and Extension

When we finally found our forever house eight years ago it was an unexpected surprise. We had lived happily in a new build house for nine years. We had put down our deposit before exchange, and part of that deal was to dictate specific requests for the house. For example every house in the newly formed ‘village’ had a downstairs wc attached to the kitchen/diner. The kitchen/diner itself was divided by an archway, that to our minds served no purpose whatsoever. So we requested that we had no downstairs wc and no archway, thereby providing a wonderful big space to cook, eat and entertain in. With only one other reception room, the space to us was essential. We eventually went on to add a wooden conservatory, that we managed to get for a mere 5K, and build ourselves. We also told the sales rep that we didn’t want their internal doors thank you, and would make our own ledge and brace doors. So we were set, happy in our new home as a newly-married couple of two years, both with full time jobs, a disposable income and plenty of time to work on the house and socialise. 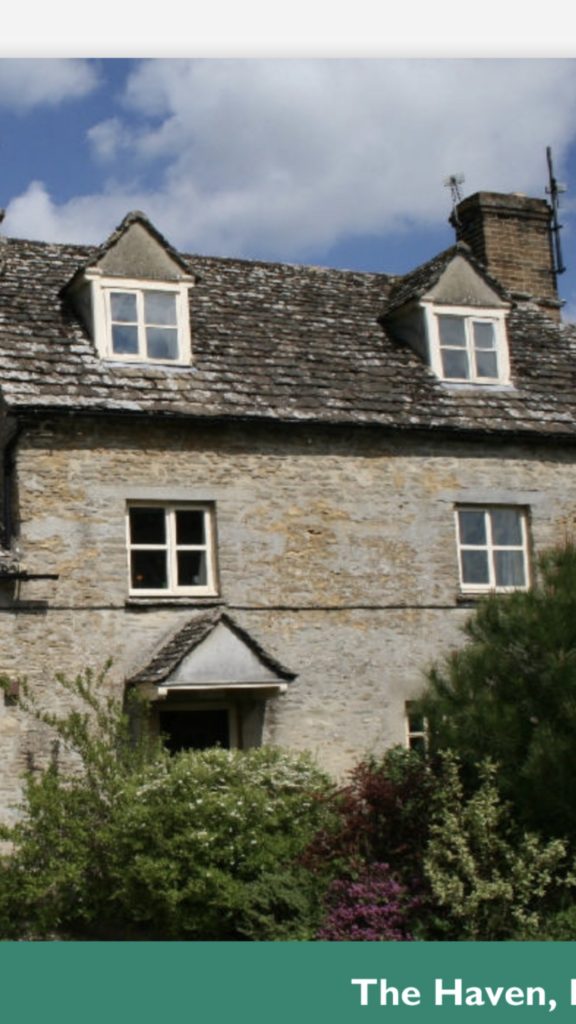 We brought home our first three children to that house and we were very happy there, but we had always aspired to the little cottage that we had rented in Fossebridge near Cirencester, and also knew we were not going to squeeze in to the house for very much longer with our third child on the way. So we went on the hunt for our forever home. We both share a passion for buildings, architecture, traditional buildings and interiors, so this was an exciting venture for us, and one that we hoped would be our second and possibly only move as a family with young children. 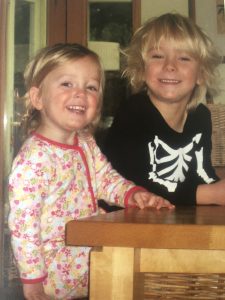 We missed out for various reasons on three lovely houses, but do you know, there were definitely good reasons for not getting those houses, and we see that now. Anyway, in the midst of the failing housing market we managed to sell our house, and decided that we would instead move to North Cornwall, our dream destination, and somewhere we already visited several times a year, and still my favourite place to go to in the world. So we rented locally, as by this stage our eldest was at an infant school in Year 2, and was going to have to leave anyway to join a primary school. 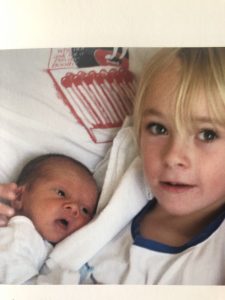 The search began and we fell in love with a house in North Cornwall, but really we knew it was too expensive, and we also began to realise that work for my husband was going to mean commuting, as the construction industry really doesn’t feature in a big way the further away from London that you get. So we continued to apply for a Year 3 school place locally, and it was whilst we were sitting on the beach in Cornwall that the call came through to say our son had been given a coveted place at a local and highly sought after primary school. And what a difficult decision we had on our hands then. We had one week to accept the place, and therefore one week to decide where we should live. Oxfordshire or North Cornwall. 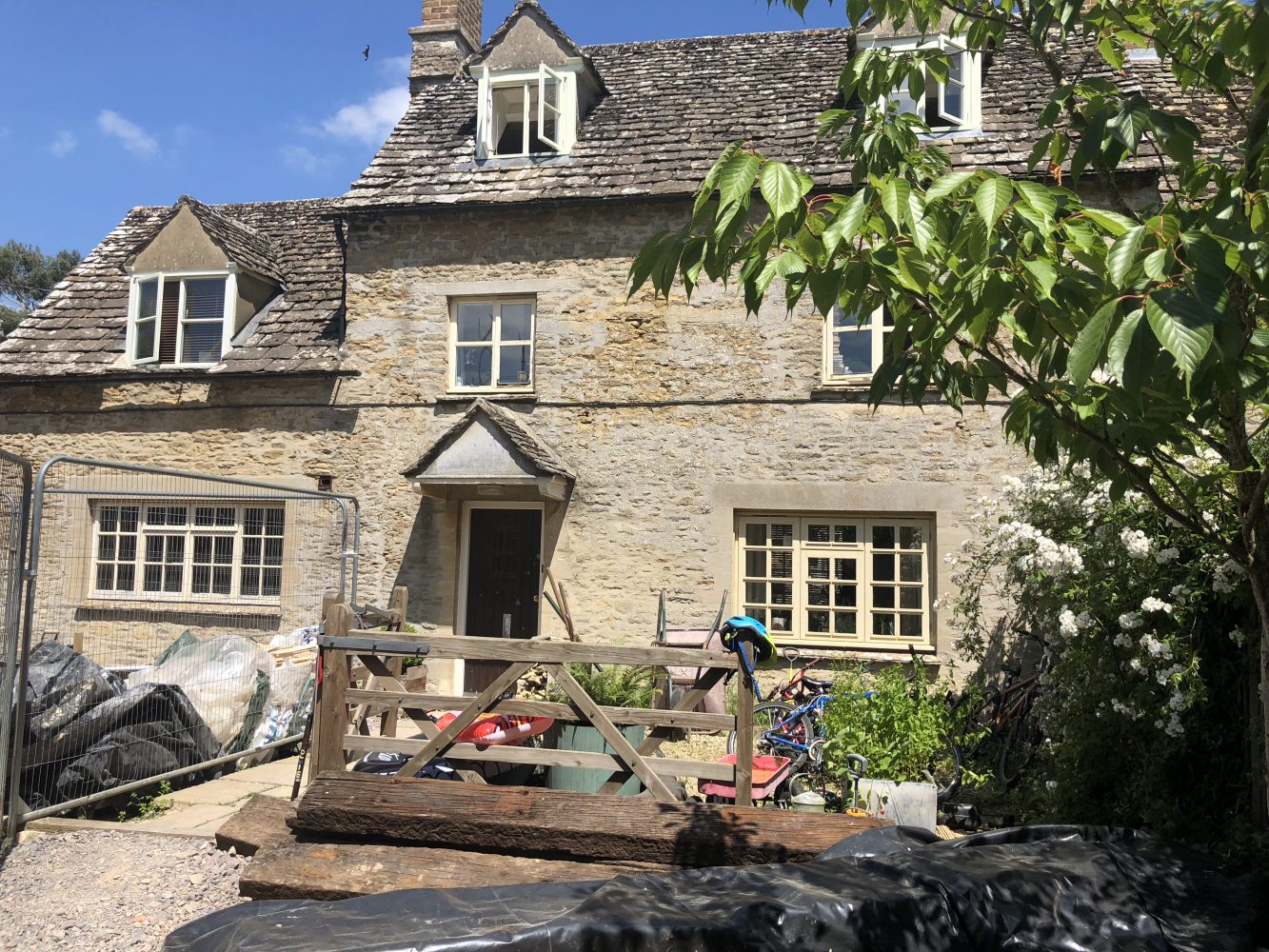 The rest, as they say, is history. We obviously decided to go with the school and work choice, and resigned ourselves to renting until a house that we could afford came up. We stopped looking and stopped worrying. I kept a vague eye on Rightmove and was mildly interested when the details of The Haven came up, not long after this decision. We went along, not expecting much, sure there would be a sting in the tail somewhere and that other people would get in before us. To our surprise the house was just right. Perfectly adequate to live in excepting a few relatively inexpensive changes, but best of all, with planning permission to extend. So we played it cool and I got my bargaining head on, and there were a few tense days whilst the agent decided to hold out for someone else on a second viewing, but we secured the house at a good price, knowing that we still desperately needed to find the deposit.

My credit rating was non-existent because I wasn’t in debt and that meant I could not get any kind of loan. So cap in hand we managed, through some difficult awkward conversations, to borrow the deposit from family members (who we paid back as fast as possible). The recession had hit and banks were not lending anything. We had no choice and I am so very grateful that we were able to do that because we wouldn’t have been able to buy the house and I wouldn’t be writing this now. 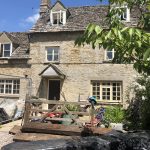 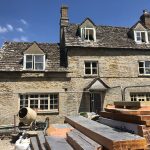 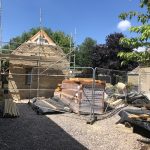 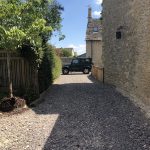 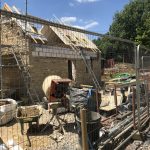 We eventually moved in, exactly 8 years ago, the only slight complication coming when we discovered (as we were about to exchange) that I was pregnant with Baby Number 4…

The story clearly ends well as that little poppet lit up all our lives, and even though three of them now have to share a room, the exciting prospect of getting your own room in the very near future will, I believe, be worth the wait. 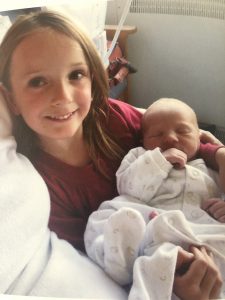 Thank you for being sweet enough to read my words. ‘Hello’ if you have, and as always, it is lovely to meet you. Miranda x

I always knew I liked the queen and thought she wa

Nothing to do with the house because this one dese

Me and my right hand girl @kateomowbray have start

It’s been quite a while since I last posted. To

I didn’t know it would be this hard. I didn’t

I love cooking and I love making things for other

This website uses cookies to improve your experience while you navigate through the website. Out of these, the cookies that are categorized as necessary are stored on your browser as they are essential for the working of basic functionalities of the website. We also use third-party cookies that help us analyze and understand how you use this website. These cookies will be stored in your browser only with your consent. You also have the option to opt-out of these cookies. But opting out of some of these cookies may affect your browsing experience.
Necessary Always Enabled

Any cookies that may not be particularly necessary for the website to function and is used specifically to collect user personal data via analytics, ads, other embedded contents are termed as non-necessary cookies. It is mandatory to procure user consent prior to running these cookies on your website.